First off I want to say that my family and I have been extremely BLESSED in so many ways so I don’t want anyone to think that we don’t feel that way but sometimes those blessings can also cause quite a bit of FRUSTRATION.

For example, to say that this house buying process has been fun would not be quite truthful. Honestly, I’ve never imagined it would have been such a frustrating and stressful thing. If I had known this, from the beginning, I may not have felt the same way about the house.

If it hadn’t been for the fact that we NEED a house I would’ve given up on this whole thing which is saying a lot because I don’t give up easily. It’s been just one hurdle after another and when you think the end is in sight something else jumps up in front of you even bigger than the thing before. We’ve heard the ‘this has NEVER happened BEFORE‘, and ‘this is only once in a MILLION times this has happened‘, so many times that I really do expect something unexpected to happen.

We’ve worked so hard to get everything together, we definitely asked too many questions to make sure that we were prepared for ANYTHING and EVERYTHING but something else always seems to pop up at the last minute they throw something at you that could ruin the whole deal. This happened again YESTERDAY and now the bank says they need something else before they will sign off.

I really thought we were on the homestretch after CLOSING but now I’m not really sure and I have to wonder if I ‘JINXED‘ the whole thing by announcing it… well, I know this isn’t the case it sure feels like it.

Anyway, we have done what we could do and I’m just gonna leave it in GOD’s hands for now.

Yesterday was not a good day for working online either. I have pretty much got our next Little House on The Prairie Adventure planned out in my notebook but trying to get it put online has been quite the task! Our internet is HORRIBLE most of the time and yesterday it was almost NON-EXISTENT. I reset the modem so many times that I lost count and then it still wouldn’t work until later in the evening and I did as much as I could before going to bed but didn’t even manage to get one section completed.

I will tell you that this unit seems to fit in nicely with the events going on around here right now and I am having a lot of fun learning about some of the idioms that were used in the book. This unit is making me a little bit more EXCITED about the whole process we will soon be witnessing around us here as we prepare for our NEW HOME.

The kids are still giving me a little bit of input for the Life Skills part of the unit so it may end up being the last one finished. Be on the lookout for the Language Arts section to be published in the next couple of days!

I would change providers but we have no one else in our area… well, I think we have a new company coming but I haven’t checked it out yet as we were waiting on the NEW HOUSE… so many things have been put on hold for this NEW HOUSE that life has been at a standstill here at the cabin. Lately, I’ve just been going ahead and doing things instead of putting them on hold like signing up with our new favorite company.

I also was on hold for almost two hours yesterday, until I hung up to take another call, to check on our veggie order. I wanted to get a printout so I could arrange for someone else to pick up for me I never got through to anyone. I did manage to contact someone via email but so far haven’t seen the printout come through. I sent another reminder with no luck. I can’t be sure if it’s my internet or something else.

The confirmation did eventually come through.

Then this morning I’ve had another issue… I’ve been locked out of my FACEBOOK! I had this happen with PINTEREST a while back and have never found out why but my account is still not back to normal… so this is extremely FRUSTRATING as I manage quite a few pages and groups. I am just about ready to give up on SOCIAL MEDIA altogether!

I’ve followed all the proper procedures to get back into my account but FACEBOOK is having some issues and I get an ERROR message when I get to the last page… GRRR! To make matters worse, FACEBOOK, like PINTEREST, has virtually no customer service contact information and I have EXHAUSTED all available methods so now the only thing to do is WAIT.

I guess I could make another FACEBOOK account but that will be my ABSOLUTE last attempt as that means I won’t be able to get into any of my other pages as many of them have no other ADMINS!!!! Grrr… lesson learned, I will need to add some admins to all of my pages and groups for the event that this happens again. 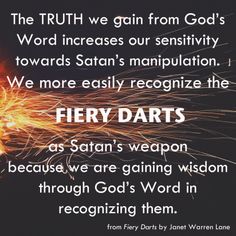 Like I said in the beginning, I know we are BLESSED and I know that things will work out in GOD’s time and not our own. It is so FRUSTRATING though that there are so many things that can’t move forward until we get our NEW HOME here and get settled.

I also know that the DEVIL will constantly be working at getting us to turn our hearts away from GOD. These FRUSTRATIONS are just fiery darts that he is throwing our way but we have a GOD who can put out all these fires and who will look after us.

Knowing these things makes me feel a little better about all of the things that have been FRUSTRATING me and I know that these are truly small things in the BIG PICTURE so I just need to keep my FAITH and TRUST in GOD to get us through this. I also know that I have a lot of little eyes watching me and I need to show them how to stay PATIENT and CALM through life’s storms so that they will know how to handle situations that they will face when they get older.

We appreciate each and every one of you and if you could say a little prayer for us, we would greatly appreciate it! We hope you all have a very blessed weekend!

Right after I hit the ‘Publish’ button I heard a dump truck so I went to investigate as we are expecting a lot of dirt sometime soon. There was no dirt but we did have someone taking soil samples for the septic permit… YAY!!! It’s not the house yet but one step closer!!!